I was born on February 11th
Performance 2009 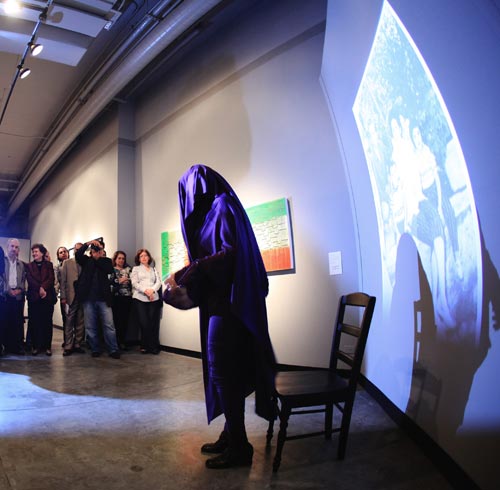 I was born on February 11th. Nobody ever told me that it was a special day, except for my family of course. Nobody knew that 21 years later my birthday would become a very special day for the entire country of Iran. My 21st birthday coincided the day of the Iranian Islamic Revolution. What if I were born 21 years later? How would I be? Would I have a different life and a different set of rules? Would I look differently? Would I feel differently? Would I feel comfortable following all the rules and regulations?

Before the revolution Iran was not the most democratic country in the world, but some basic liberties were granted to men and women. Women didn't have to cover themselves so perfectly to protect men from sexual excitement and men didn't have to follow a special dress code or a behavioral pattern.

What is inside a covered woman? What does she hide? Isn't she the same person as before being covered? What happens to her “covered” identity? Is her identity the same for herself and not for the outside world? Would I be morally different if I had to cover my head as a little girl?

At the opening of the exhibition, during a ritualistic performance, I wrap myself with fabric, while a recorded narrative, with my voice, expresses my feelings about the concept: